By Scott Briones
539
Best of the Best

The Emmy-winning talk show host of the ’90’s imparted his use of medical cannabis during 1999 on a televised interview.

Williams is also famous for this quote:

“We need to get out of the dark ages and into the new ages. Not every patient can use cannabis, but for those who can – why deny it?…For me, there is nothing else that can do what it does. It helps me suppress my pain … When I am not using cannabis I am thinking about my pain every 45 seconds.” 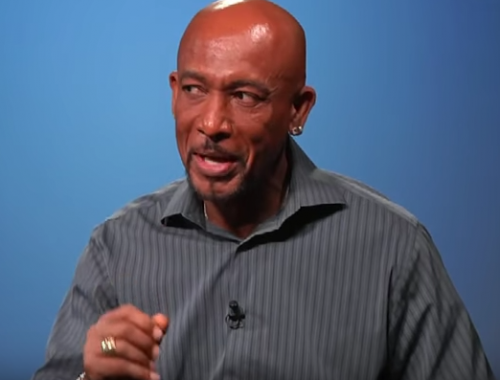 Williams imparted the impetus for creating LenitivLabs during an interview as published on the The Cannabist.

There’s 16 years of advocacy on my part. I’ve been involved openly with marijuana for medication advocacy, since really 2000. I was diagnosed with MS and (started investigating treatments). So now, over the course of 16 years, I have been pretty much a daily cannabinoid user. And as such, I’ve learned some things along the way that I think is now time to share with other people.

Montel Williams is one of the famous advocates of medical marijuana. His status as a popular talk show host could be seen as an advantage for marijuana advocates. He boldly exposed himself on the use of the substance during the time when the government had a crackdown to almost anyone who used the drug. Of course, the governments still treat marijuana as an illegal drug on the federal level, but thankfully, we have jurisdictions such as California, where it is now legal to use the herb for recreation.

What we also have to take into light here is that Williams is a multiple sclerosis patient. His celebrity status could be the impetus for researchers and scientists to study more about marijuana as a treatment for this condition that affects the central nervous system.

Thankfully, we now have studies that can support the benefits of medical marijuana to patients with multiples sclerosis.

Inflammation of neural tissue is the primary system of multiple sclerosis.

Knowing multiple sclerosis or MS leads us to a possibly puzzling and scary fact. MS is an autoimmune disease. The scary thing about this disease is that the body’s own immune cells attack the central nervous system, leading to inflammation of the myelin sheaths. Th sheath is responsible for enclosing the neurons (nerves) in the brain and spinal column. This inflammation of the myelin would lead to irreparable damage. This, in turn can cause a range of neurological symptoms such as loss of motor control, muscle weakness and spasms, unstable mood and fatigue.

Cannabis is able to reduce inflammation as backed by research and recent studies even though its use as an anti-inflammatory treatment has been documented for thousands of years by physicians and herbalists the world over.

The basis for the world’s first market-approved pharmaceutical—Sativex, produced by the UK company GW Pharmaceutical, is from the cannabis’s ability to reduce inflammation.

2. Cannabis is an analgesic. In other words, it is a pain reliever.

Pain is one of the most common and debilitating symptoms of MS, and is experienced by 50-70% of sufferers. MS-related pain occurs either directly as a result of inflammation of neural tissue, or as a result of muscle spasms and spasticity exerting pressure on the musculoskeletal system.

Cannabis has been proven to have ability to manage pain associated with multiple sclerosis.

In a clinical trial conducted on humans in 2005, cannabis-based medicine delivered in the form of a sublingual spray was demonstrated to be significantly more effective than placebo at reducing pain and sleep disturbances in MS sufferers.

Smoking cannabis has also been shown to be effective at alleviating MS-related pain in several studies. A patient survey was conducted to 112 MS sufferers from the US and UK in which it reported that an overwhelming majority of those sufferers  experienced a decrease in pain from smoking cannabis.

80% of those with MS have reported to have been suffering from muscle spasm and its related symptom. MS patients may suffer from temporary to constant sensation of pain in certain muscle groups.

Muscle spasticity is a related symptom of MS patients. It refers to the state of constant contraction of a muscle or muscle group, leading to pain, stiffness and a sensation of “tightness”.

In a 2005 study, a randomised, double-blind, placebo-controlled, crossover study (considered the gold standard of clinical trials) found that 37 of 50 patients enrolled in the study showed improvements in mobility and the frequency of muscle spasms.

A randomised controlled trial conducted in 2007 demonstrated that cannabis preparations were more effective than placebo at treating muscle spasticity, although this particular study did not reach statistical significance.

The effect of cannabis on muscle spasms and spasticity is likely due to its ability to reduce inflammation of the neurons and slow the overall progression of the disease. A study published in Nature in 2000 demonstrated that cannabinoid receptor agonists including THC and R(+)-WIN 55,212 (a synthetic agonist) ameliorated symptoms of spasticity and tremor, while antagonists of the cannabinoid receptors (particularly the CB1-receptor) exacerbated the symptoms.

4. Cannabis is an antidepressant

MS sufferers can experience depression throughout the course of the condition. Depression in MS may occur due to damage to the nerves that help to regulate mood.  It can also be a side effect from other medications used to control the progression of the disease.

MS patients can suffer from major depression to experiencing symptoms of emotional dysfunction.


Several studies have indicated that compounds in cannabis such as THC, CBD, and cannabichromene (CBC) can exert an antidepressant effect. This finding can be benificial to MS patients and even though with mild to clinical depression.

The endocannabinoid system of cannabis has been found out to play a significant role in mood regulation and subjective levels of happiness.Some marijuana strains have been reviewed and documented to cause energizing effect, which could help in alleviating or eliminating depression.

Endocannabinoids such as anandamide are fundamental to the process. It is reported that certain genetic variations in the expression of CB1-receptors can render some individuals to be more susceptible to the mood-elevating effects of cannabis.

Cannabis has long been associated in treating gastrointestinal dysfunction including Crohn’s disease. The effect of cannabinoids on the receptors (specifically the CB2-receptors) in the peripheral nervous system that controls the digestive function is responsible for that.

If we take a look at Montell Williams and all other videos on YouTube documenting their struggles with cannabis, we can come up with a theory of cannabis as a miracle cure.

Cannabis is not just any pseudoscience cure with no proven therapeutic effect. The many studies conducted can support the claims of it as a potent treatment for multiple sclerosis.

SEE ALSO:  The Difference Between Hemp and Marijuana Plants
- Ad -