More
All About CBD

9 Benefits of CBD Oil for Your Wellness Routine

By Scott Briones
572
Best of the Best

There have been numerous cases of athletes using human growth hormone (HGH) to boost their muscle mass and also boost their performance. HGH is a hormonal based product that its primary role is to stimulate the liver and other tissues to enhance the production of IGF-I, which is vital in having healthy bones.

There are natural ways to enhance one’s overall health like the use of cannabis sativa. Cannabis has been known for all the wrong reasons, but if it is used in the right way, it can have regular benefits on a person’s life.

The recent research studies confirm that a part of the human body known as the endocannabinoid system naturally produces cannabinoids similar to CBD or tetrahydrocannabinol (THC) which is the psychoactive cannabinoid in the cannabis plant. The system has two types of receptors, for example, CB1 which is found in the brains stimulate appetite, control emotions and also movement and pain.

The other receptor is the CB2 which is believed to be in the nerve endings. However, the human body cannot produce the cannabinoids on its own, and that’s why getting them from an external source like CBD oil would be beneficial to the whole endocannabinoid system.

These CBDs are extracted from a plant known as hemp which is cultivated primarily for this purpose. Hemp cultivation can be done either in a home garden or for commercial uses. Shatter is a cannabis concentrate believed to offer both recreational and medical cannabis users a new way to experience cannabis. If you are interested to learn the benefits of CBD extracted from hemp, below are some of the benefits that one can get from this oil. 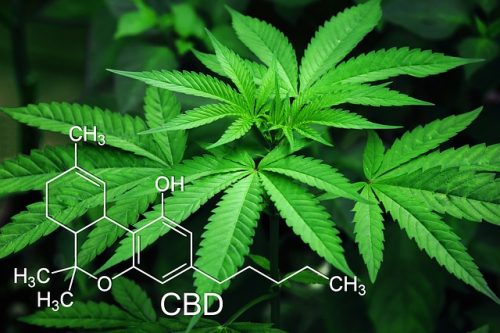 Anxiety is the body’s natural way of relieving stress. It is the fear of what is to come. In 2016, a case study done on a 10 years old girl to test the effectiveness of the CBD oil was proved to be effective. Similar research done in 2017 on both human and animals showed that CBD was established to treat panic disorders to some extent. The findings of these two researchers concluded that CBD may be a significant potential treatment for multiple anxiety disorders.

SEE ALSO:  Why You Will Never Get High from CBD Oil

CBD oil is also beneficial for patients suffering from arthritis, osteoporosis and other bone-related diseases. The ligands present in CBD regulate bone mass and slow down the process of bone degeneration. CBD oil is used in the treatment of bone fractures as it accelerates the healing process.

The science behind it is simple. CBD helps in crosslinking of collagen. As a result, the damaged cells go through acclimation. And collagen, as we all know, multiplies the knitting process many times. Hence bones tend to heal faster.

SEE ALSO:  CBD vs. THC: Which Is Better for Sleep?

With over 1/3 of American populations suffering from Type I/Type II diabetes, the search for an alternate cure has begun. Although there are many speculations regarding this theory, CBD has proven beneficial for diabetics. It’s anti-inflammatory properties act on glucose disorders, improving your body’s metabolism. It primarily helps to reduce the chances of diabetes, by cutting down the chances of obesity and lowering BMI.

4. Helps maintain focus throughout the day

CBD helps to regulate dopamine levels and increase consciousness. It nudges the brain to work at its optimal level and helps relieve mood swings. When physical pain reception is reduced, the brain focuses on the task at hand and steers clear of mental fog. In simple words, the tired wave that you experience from endless working hours can be reduced with CBD oil. It tricks the brain to reduce stress level and increase focus. Check out pure and premium hemp, WillowCBD.

It is with no doubt that smoking can be addictive and quitting does not come easy. A research was conducted in the year 2013, where 24 smokers were given inhalers of both CBD and a placebo substance to inhale for a week whenever they had an urge to smoke.

It was discovered that those who used the CBD reduced their cigarette intake to 40% whereas those who used placebo didn’t have any change. The results suggested that CBD could be a potential treatment for nicotine addiction.

For the longest time cannabis has been used as a pain reliever. This takes us back to the research that was done in the 1800s to determine the ability of marijuana to relieve pain. Even though there is no clinical evidence to support this, two studies were done in 2006 and 2017 shows that CBD can be useful in treating neuropathic pain and also MS-related spasticity.

SEE ALSO:  Is CBD Food and Drink the New Trend?

Health Consequent evidence shows that CBD improves the general performance of the heart and the entire cardiovascular and blood circulation system. It enhances the performance of specific arteries that results in time-dependent vasorelaxation. The cannabinoid from the cannabis plant has been studied for its effect on the cardiovascular system. It is a potential future therapy for cardiovascular diseases due to its ability to lower blood pressure and end inflammation.

CBD oils contain many parts such as CBD, minerals, and vitamins which has numerous health benefits. When hemp oil is applied directly to the skin, cannabinoid receptors which are located all over the surface makes CBD oil a potential therapy for a range of skin related problems.

Even though skin related problems may either be mild or severe, most body products found in drug store may contain chemicals which can cause more damage to the skin. However, the use of CBD is all natural hence no injuries can be induced in the skin.

Since healthy skin is determined by the body’s ability to grow new cells and get rid of the new ones, manipulation of the endocannabinoid system can help manage the lifecycle of these cells for more glowing skin.

CBD has antioxidants and omega three fatty acids stronger than Vitamins A, C, and E which protect the skin from free radicals like smoke and the UV rays. As a result of aging, these free radicals cause the skin to have fine lines and wrinkles. Other skin conditions treated by CBD oils are; acne, eczema, aging and also skin nutrition.

Even though earlier research showed that the chronic use of marijuana could lead to psychiatric disorder, a condition known as cannabis-induced psychosis. A recent study done in 2015 on 33 individuals with a high risk of psychosis and 19 healthy ones shows that CBD if taken in considerable doses, can reduce psychotic symptoms in schizophrenia and other mental related illnesses.

SEE ALSO:  Is CBD Food and Drink the New Trend?

Author Bio: Jessica has been closely studying the cannabis industry trends from quite some time. Intrigued by the booming growth of this sector, she takes an interest in penning down her views providing quality insight on current marijuana trends, particularly medical cannabis.