By Scott Briones
119
Best of the Best

Legal marijuana is becoming more widespread. Weed is legal for recreational use in eight states plus DC. 20 states allow medical marijuana, and most of the remaining states decriminalized the drug. More states are currently pushing for full legalization.

But states are struggling to regulate marijuana use on the roads. We don’t know enough about the science behind how marijuana use impacts drivers.

Though the jury is still out on the science, lawmakers are prosecuting stoned driving. It is very possible to get charged for driving under the influence of marijuana.

But because of a lack of scientific studies, pot DUI laws are controversial. Whether you believe the laws currently in place are fair is up to you to decide.

There are currently two main approaches to prosecute high drivers: per se and effect-based laws.

Similar to the blood alcohol limit of .08, per se laws set a THC limit. This is usually five nanograms per milliliter of blood. If THC threshold tests find a specific trace amount of THC in the driver, the driver is considered to be impaired.

THC tests seem like a promising way to test for marijuana driving impairment. But in practice, using THC tests can result in sober drivers getting charged for marijuana DUIs.

The National Highway Traffic Safety Administration’s study confirms that “it is difficult to establish a relationship between a person’s THC blood or plasma concentration and performance impairing effects.” According to them, “it is inadvisable to try and predict effects based on blood THC concentrations alone.”

SEE ALSO:  What Is a Juul Starter Kit and What's Included?
SEE ALSO:  Five Strategies For Firms To Get Over The Cannabis Stock Flameout

The main issue with per se sobriety tests is that they are not scientifically sound. THC stays in your system for weeks. So, THC could be present in the blood of a sober driver long after use.

Also, the usual legal limit of five nanograms of THC is contested. That amount of THC will have a dramatic impairment effect on a new user. Regular users, however, aren’t as impaired at this limit.

Effect based laws rely on field sobriety tests to find evidence of impaired driving. If the police pull over a suspected stoned driver, they look for visual clues for evidence of marijuana use.

Marijuana impacts people differently. There aren’t universal behavior cues that suggest a person is high. This makes it difficult for law enforcement to accurately gauge whether a driver is high.

Since there are few detectable signs of marijuana use that police are able to pick up on, effect-based laws have come under a lot of criticism. “When law enforcement stops a vehicle and interacts with the driver, it is often very difficult to tell if a person is under the influence of marijuana,” says attorney Matt Pinsker.

Why It’s Hard to Test for Pot

This is because the science behind the psychoactive properties of pot is still in its infancy. However, there are some things we do know about how marijuana affects the human body. And it emphasizes the need for improved testing.

The Science Behind THC

We know that the cannabinoid THC is primarily responsible for making users feel “high.”

In contrast to fat-soluble THC, alcohol is water-soluble. This means alcohol dissolves quickly through your liver after drinking. When enough alcohol is detected in your bloodstream, it will impair your driving ability.

However, the same is not true for THC.

THC metabolizes into two main forms: THC-COOH, or carboxy-THC, and 11-OH-THC, or hydroxy-THC. Carboxy-THC is not psychoactive. Having carboxy-THC in your system doesn’t mean you’re stoned.

On the other hand, hydroxy-THC is the psychoactive metabolite of THC, meaning it can impair driving ability.

Many marijuana sobriety tests look for the presence of any THC in your body. But inactive carboxy-THC stays in your bloodstream much longer than active hydroxy-THC.

If you drive around with leftover carboxy-THC in your bloodstream, you could get a marijuana DUI! Stone-cold sober drivers have been charged with pot DUIs because of this.

“There are a host of problems with drug testing techniques and analyses, including the substantial risk of false positive test results, false negative test results, specimen contamination; and chain of custody, storage, and re-testing issues,” says Jolene Forman, staff attorney with the Drug Policy Alliance.

SEE ALSO:  The Cannabis Industry Continues to Grow and So Does the Emerging Business Opportunities!

“THC tests are unreliable and often incorrect,” she continues. “Chemical testing, like many other forensic disciplines, is highly technical and imperfect.”

Failing an alcohol breathalyzer test means alcohol is active in your system. But finding THC in your bloodstream doesn’t necessarily mean that marijuana use is having a negative impact on your driving ability. 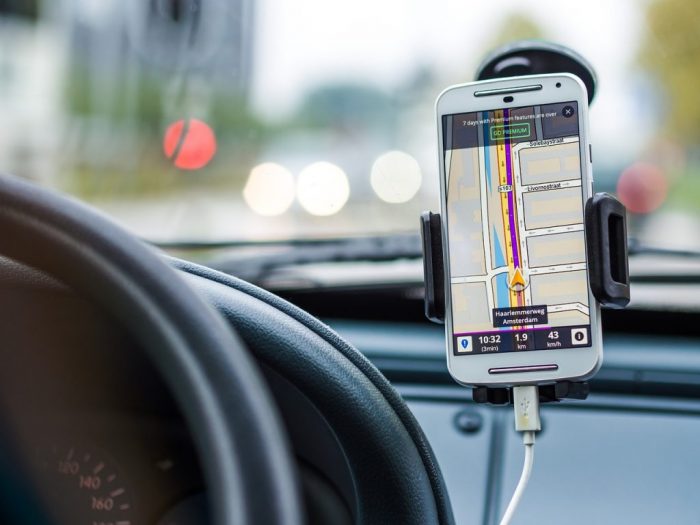 Since the science behind DUI marijuana testing is still underdeveloped, DUI marijuana cases are some of the easiest to win in court. A good lawyer will be your best ally if you are attempting to fight a DUI marijuana charge.

Neither per se nor effect based law can accurately determining whether or not a driver is really driving under marijuana influence. And until the science behind marijuana use and driving improves, the laws regulating it will stay imperfect.

What do you think of the current laws regulating marijuana use on the roads? In the future as the science improves, how do you think marijuana driving laws should change?

About Cecilia: Cecilia Too is Content Specialist at QuoteWizard where she works to make QuoteWizard’s vision of being the web’s foremost place to compare insurance quotes a reality.