More
HomeBest of the Best

Best of the BestCannabisPop Culture

What is a Zip of Weed and How Much Does It Go For? [Weed Measurements]

#Weed has been making its way into pop culture and dialogue with increasing intensity in recent years. This is also due to the increasing legalization of #marijuana across the country.

Legalizing #cannabis has brought many aspects of cannabis culture into the light. Most notably the way in which the plant is measured, the names of the measurements, and how much each goes for. There is a different language when you are talking about cannabis.

Marijuana has always been measured in terms of ounces and the gram is the base unit of measurement when it comes to buying weed.

The most common measurements known by almost anyone are a gram, ounce, eighth, and a quarter. But, there are other names most people may not know. And this could be embarrassing, funny for others, or just awkward depending upon the situation.

Zip is very much one of those names many would hesitate to say they’ve heard before. The other term is a slice. Keep reading to find out everything you need to know about a zip of weed and how much you can expect to pay for one.

READ:  Why Are CBD And Kratom Vendors Switching to Cryptocurrency?

What is a Zip of Weed? 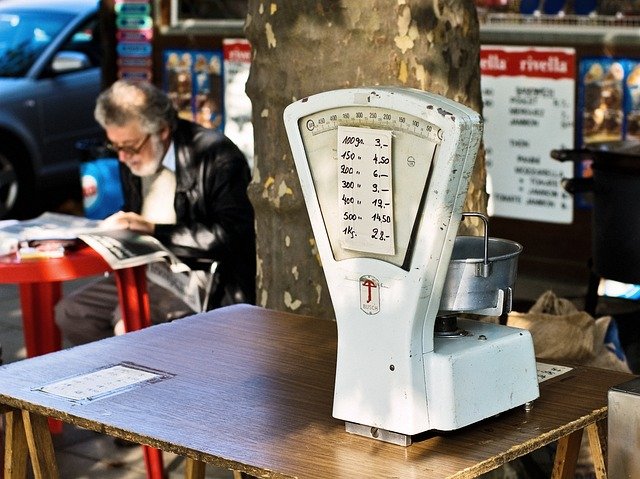 A zip of weed is another name for a form of measurement for weed. It is 28.3 grams or 1 ounce. A zip of weed is basically an ounce of cannabis, typically in the form of a marijuana flower. Dispensaries are very familiar with this term so don’t be shy to tell them you want to buy a zip of weed. Ask the dispensary for the best metal weed grinder too as it’s important to have a great quality grinder.

So let’s get down to math. Since an ounce equals 28 grams and an eighth of an ounce, called a “slice” equals 3.5 grams of weed, this means that a zip of cannabis is also 8/8 of an ounce, eight eights or 28 grams. If you want to know what that looks like, one gram of weed will easily fit the palm of your hand.

Now let’s talk about what that means in the cannabis world. Most pre-rolled joints are about a half gram of cannabis flower. One gram or a single gram is enough to roll a few blunts or joints. This depends on how you roll it. Therefore a zip of weed equals about 28 to 56 blunts or close to 100 joints.

Now the beginner may think, ‘that makes no sense.’ But it does when you think about it. The abbreviation for ounce is oz. Drop the “o” and ad “ip” to the “z” and you get “zip.”

Where did the name come from? We really can’t trace who, what and where this originated but we’re thinking it’s because of a Ziploc bag. For those of you who are not familiar with the Ziploc bag, it is a plastic bag used to store foods.

A large Ziploc bag can fit about 28 grams or one ounce of food or other things in it. And when cannabis was still illegal, dealers used a Ziploc bag to transport the weed. It was easier to weigh it and it’s transparent. So this may have started when the dealer asked how much weed you want, the answer would be a Ziploc or zip.

And that…explains that we surmise.

How Much is a Zip? Pricing…

If you’re a beginner knowing that zip is the same as an ounce (28.3 grams) is great. But, that still doesn’t help you when you don’t even know how much an ounce is.

That’s okay. Keep in mind that prices may vary from vendor to vendor and it also depends on the quality. However, for the most part, the price of weed is averagely around the same. Remember the higher potency, the more expensive it becomes and that’s what you call top-shelf or private reserve cannabis.

These prices are averages only and may vary depending upon your location, your dispensary, time of the year, and supply availability.

Another term that you should know is a slice of weed or eify, half a quarter, or cut. A slice of weed is basically an eight of an ounce or 3.5 grams of marijuana flower.

For example, an eighth (one-eight of an ounce, 3.5 grams) costs less than buying three grams of pot separately.

While marijuana has been legalized for recreational use in some states, there are still laws that govern how much you can possess, grow, and even where you can smoke. Much like alcohol, there are age limits as well.

These laws and regulations vary from state to state with no real federal oversight. It is still illegal in the eyes of the federal government.

However, most states do seem to agree on a fairly uninformed set of laws and regulations for recreational marijuana.

Luckily for everyone, the gold standard that seems to have been set by most of the states is an ounce of weed or less.

In California, Washington, Oregon, Colorado, Massachusettes, and Nevada all allow a person over 21 to possess up to one full ounce of marijuana.

In Maine, however, a person over 21 can possess up to 2.5 ounces of marijuana. Currently, Maine is the only state where you can legally possess 2 zips without penalty.

READ:  How to Pick the Perfect Herbal Vaporizer (flowchart) 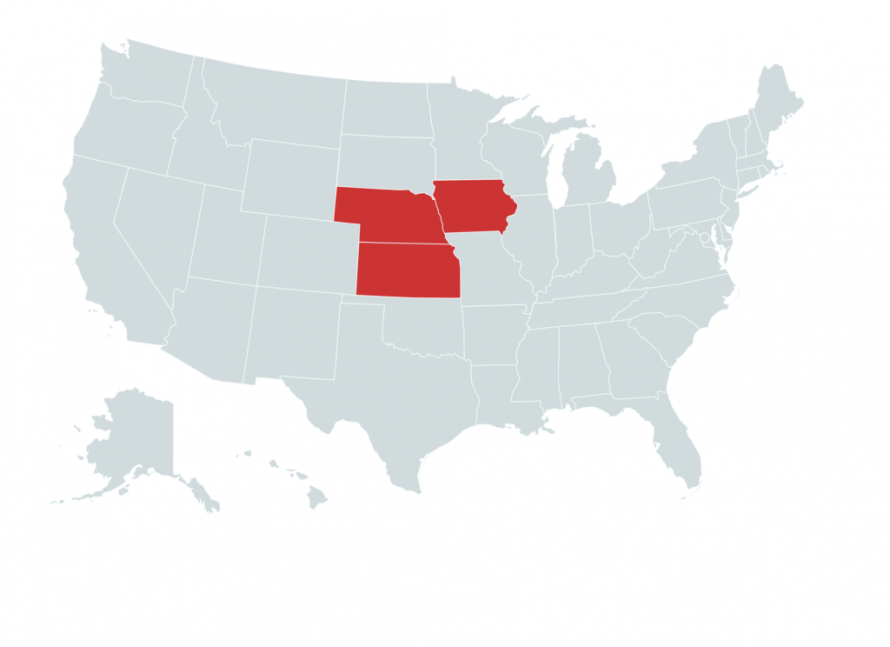 How Long Does a Zip Last For?

What is a zip of weed?

How much is a zip of weed?

Where is it legal to possess a zip of weed?

And now how long does a zip last for?

Who knew one term could foster so many questions.

While a zip has become the gold standard, that wasn’t always the case. Often you would have to order weed in eights or quarters. Usually eighths.

If you’re only smoking once or twice a day an eighth can last you around two weeks.

This means that a zip could last you up to three months or more. If you’re a more frequent smoker an ounce won’t last as long.

If you’re wondering how many bowls that translates to: a gram on average yields around 3 to 4 bowls. Since a zip is 28.3 grams that comes out to around 80 bowls. 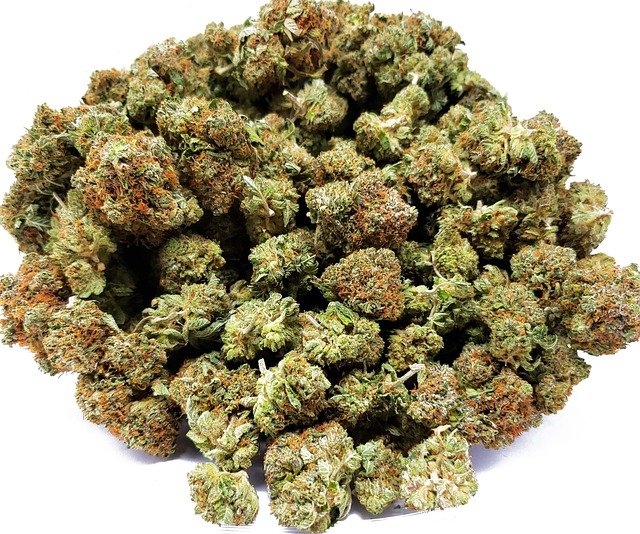 What is a Dime Bag?

So you now know what is a zip of weed. But what is a dime bag? A dime bag is actually the smallest amount of cannabis you can buy in terms of grams. So when you ask the dispensary for a dime bag, most likely it will be worth $10 of weed and it will be a very small amount of it. The price varies from state to state and is around $10-20 in most legal states. Traditionally, a dime bag is a gram of bud.

A zip of weed is another name for an ounce of weed. What makes this important is the legalization of marijuana in many states and the rise in weed culture.

Knowing that a zip of weed is an ounce and can generally last anywhere from a month to three months. It costs around $100 to $350, and is legal to possess in those states where weed is legal for recreational use. It can help your purchasing experience be as smooth as possible.

Scott Briones
Scott was born in San Rafael, CA, home to the high school were "420" was popularized. He has been writing for more than 5 years about the cannabis industry. He loves to race his car and has just fulfilled his dream of racing at the Nurburgring in Germany

Bong History 101: Where Did Water Pipes Come From?

How Technology Is Making Cannabis Cleaner and Stronger

What is a Zip of Weed and How Much Does It Go For? [Weed Measurements]

7 Factors You Can’t Miss Out On When Buying CBD

How to Know if Your Current CBD Dosage is Working

Why CBD is Trending Right Now

How to Select the Right Hemp Cream

How Technology Is Making Cannabis Cleaner and Stronger

3 Ways To Speed Up Growing Cannabis

How To Maximize Your Cannabis Yield

To be updated with all the latest news, offers and special announcements.